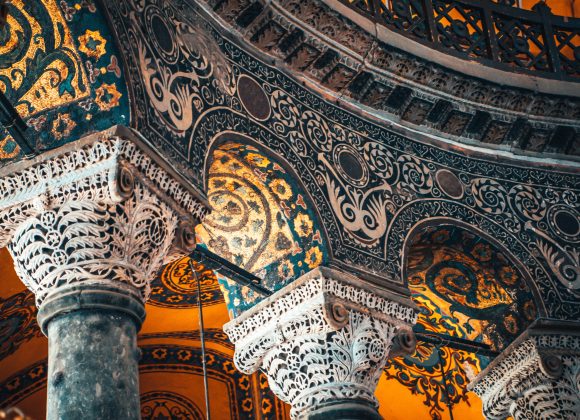 The Centre for Advanced Study Sofia hosts a discussion series under the theme:

On the 31st January 2023 we will convene the third meeting of the series on the following topic:

“The Enduring Problems with the ‘Brand’ Byzantium: Thoughts on the Empire and Its Scholarship”

More than a century after the creation of the academic, institutionalized field of Byzantine studies, the scholars of the empire with the centre in Constantinople still struggle to define, and to agree among themselves on even the basic elements, principles, characteristics and features of Byzantine empire, its history, culture, and on – in general – Byzantium as a historical phenomenon. Overwhelmed by the volume and nature of the first-hand sources from more than a millennium of Byzantine history, the scholars of Byzantium seem to struggle to shatter the image of the ‘brand’ Byzantium, created already in the Middle Ages in the western Europe and developed during the Enlightenment, and to break the academic isolation of the scholarly field of Byzantine studies from the wider scholarship of European Middle Ages. This contribution will address three aspects of the enduring problems with the ‘brand’ Byzantium in scholarship, and beyond it: a. Byzantine sources in correlation with studying and understanding Byzantium; b. The geopolitical and ideological position of Byzantium, and imaginary Byzantium, in contemporary scholarship, and c. Benefiting from the self-isolation of Byzantine studies and from perpetuating the negative image of the ‘brand’ Byzantium.

About the discussion series:

The topic of this discussion series hosted by the Centre for Advanced Study, titled “Why Byzantium?”, deals with the influence and legacy of the Eastern Roman Empire, which withstood multiple waves of barbarian invasions and lasted more than a millennium after the fall of its western half, spanning the entire Middle Ages. Apart from being an Empire, however, Byzantium was a cultural and historical community of enormous influence that carried the Hellenic, Hellenistic and Roman heritage or inheritances, but already in their Christian form, into all spheres of its existence, transmitted them to other populations and continued to live long after its fall under the Ottoman Sultans. This influence took on a strongly identitarian character – recognized or not – for many peoples, states and social establishments. And thus, the circle of our interests is formed: how Byzantium comes to be perceived, studied, appreciated and understood. This takes place in various ways, some of which we are trying to trace, but one of the main ones is its comprehension in historical works – chronicles, narratives and scholarship – both in the Middle Ages and up to the present day. At the centre of our interest is the perception and conceptualization of the phenomenon of “Byzantium,” and not so much the phenomenon itself. This is achieved through various paths, only one of which is historiography. In addition to historians, the discussion series is addressed to representatives of various disciplines with an interest in the Middle Ages, the Modern Period or Late Antiquity – literary scholars, linguists, art historians, archaeologists – and to all those for whom the phenomenon of Byzantium could and should be of interest.