Fellow Seminar: Transnationals: Consuls and the Making of the Modern Balkans (1787-1908) 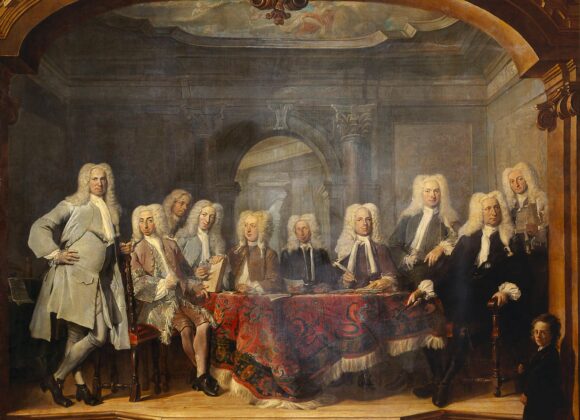 Transnationals: Consuls and the Making of the Modern Balkans (1787-1908)

Transnationals: Consuls and the Making of the Modern Balkans (1787-1908) examines the role of consuls in the creation of new nation-states, the establishment of economic interdependencies, and the rise of new notions of citizenship in the nineteenth-century Balkans. The project aims to bring together insights from history, urban studies, migration studies, law and economics, and the digital humanities to map and analyze the way in which consular networks reconfigured urban spaces in the late Ottoman Empire and the various new nation-states that emerged in Southeastern Europe. It seeks to answer the question of what role consuls played in the making of the modern Balkans at the intersection of state formation, imperialism, and new notions of citizenship.

The study of consulship has enjoyed increased attention in recent years due to scholars’ growing interest in global entanglements, transnational processes, and the mass migration of people across state borders. As purveyors of vital resources as well as mediators between people on the move and national bureaucrats, consuls proved essential to the development of both national and international infrastructures aimed at providing assistance for citizens abroad, expanding economic opportunities, and integrating transnational modes of governing crises such as wars and global pandemics. Simply put, scholars have recognized that the vital work of integration that consuls accomplished over the nineteenth century has laid the foundations of what we call „globalization”.

Despite these fundamental breakthroughs in our understanding of consulship, we lack a comprehensive comparative study of the role of consuls across national contexts. Some of the most recent works on transnational entanglements in the Balkans provide compelling case studies of individual states, which serve as an indispensable foundation for further inquiry, but do not establish new categories for transnational comparative analysis of consular establishments. Nevertheless, these works testify to the significance of new approaches to transnational and entangled histories in the context of a rapidly globalizing world, and carve out regionally specific methodologies and prosopographies.

Consuls have also garnered growing attention among scholars of global integration. Their contributions have emphasized the pivotal role of consulates in the process of globalization, but their relative neglect of the Balkans has reinforced the misconception of this region as a „global periphery”, which misses the mark if one considers both the number and the dynamism of consular establishments in the region. Despite these works’ shortcomings, I aim to use their insights in my approach to the Balkans since they provide interesting foundations for comparative research.

Transnationals: Consuls and the Making of the Modern Balkans (1787-1908) will also embed consuls in broader conversations about the legacy of imperialism. Following the dictum of scholars such as David Armitage, Lauren Benton, Arnulf Becker Lorca, Jenny Martinez, and Jennifer Pitts, the project conceptualizes Balkan consulates as important sites for transnational negotiation at the intersection of citizenship, capitalist exchange, and imperial expansion. A particularly important aspect of the study concerns consuls’ role in the surveillance and abolition of the Ottoman slave trade, a topic of great international significance in the nineteenth century. As new states in the Balkans attempted to gain recognition as „civilized nations,” they enlisted the support of foreign consuls in promoting their efforts to modernize according to a strict pattern prescribed by international law and diplomatic custom.

It is the overarching objective of Transnationals: Consuls and the Making of the Modern Balkans (1787-1908) to integrate these spheres of inquiry into a methodologically novel approach to consulship with a particular emphasis on the digital humanities (DH). Having co-authored a comprehensive DH platform on the Early American Foreign Service, with more than 3,740 biographical entries across 80 years of history spanning the entire globe (see https://eafsmap.org/), I plan to use my experience and expertise in my new research project.

Transnationals will feature the implementation of the same methodology to the nineteenth-century Balkans, but with an improved interface which contains entries for multiple countries and nationalities, exponentially expanding our understanding of transnational entanglements. Another major improvement of the digital platform supporting Transnationals (currently under construction) is to strengthen the biographical aspects of my research. My work on EAFSMap.org has illustrated a common predicament for digital scholarship: While the reliance on quantitative data can be extremely valuable and indispensable to modern researchers, it also risks to bury the intimate experiences of individual people under the burden of „big data.” Thus, my integration of the prosopographical perspective into the digital platform will humanize and contextualize the aggregate data.

I look forward to discussing my project with the fellows at the Centre for Advanced Study!