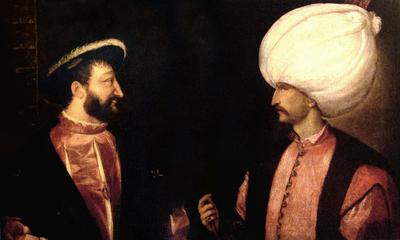 The research project focuses on a hitherto understudied facet of Christian-Muslim relations in a premodern setting, namely the discourses on Balkan non-Muslims in Ottoman Muslim narrative sources produced between the fifteenth and the seventeenth centuries. It aims to look beyond the rather static legalistic façade of Ottoman society and the social roles ascribed to the various groups of Ottoman subjects through religious (sharia) and secular (kanun) law by analyzing how and why images of the other were formed and transmitted in Muslim writings of the time as well as what forms of sociocultural interactions did they reflect. Of particular interest is the role that authors attributed to ethnicity and its
interrelation with religious and other identities, including the notion of “Ruminess” embraced by the Ottoman learned elite.

Besides an outline of the main research questions and aims, this preliminary presentation will offer an overview of the primary sources of the study. These include a wide range of partly unpublished texts in Ottoman Turkish and Persian, which can be conditionally segregated into the categories of history, hagiography, geography, and travel accounts. Both their specifics and intertextuality will be highlighted with regard to the image of the “own infidel”. Beyond their generic distinction, the sources will be approached via a complex methodology involving historical contextualization, discourse analysis, and textual criticism. Two case studies will be presented in order to illustrate this approach as applied to a particular work and a particular term respectively.