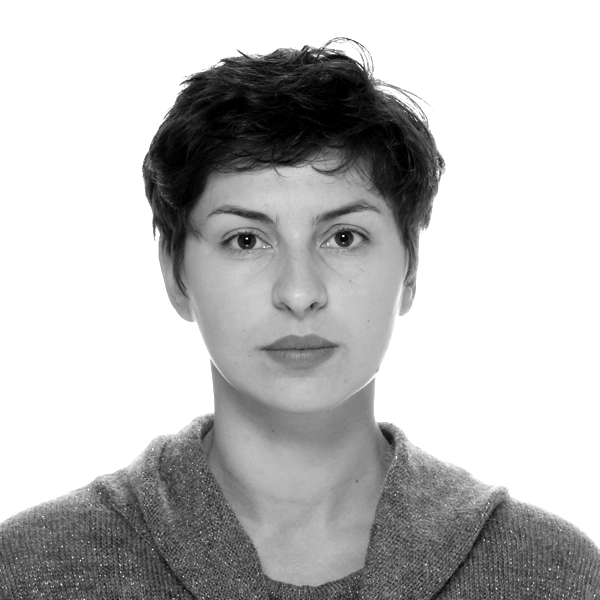 Galina Babak received her PhD in Slavic literatures at Charles University (Prague, Czechia) in 2020, with her doctoral project titled “Reception of Russian Formalism in Ukrainian Culture in the Inter-war Period (1921–1939).” In 2020 – beginning of 2022, she was a Postdoctoral Research Fellow at the New Europe College (Bucharest, Romania). Her research is mainly within the area of Intellectual History and History of Science with a focus on literary theory and comparative literatures, mainly Ukrainian and Russian. The research interest is directed towards the project of “Soviet modernization” of the 1920s – beginning of the 1930s in Ukraine, as well as towards political and cultural history of the 20th century.

Galina is an author of the monograph (in co-authorship with Alexander Dmitriev) The Atlantis of Soviet National Modernism: Formal Method in Ukraine in the 1920s – the beginning of the 1930s. (Novoe literaturnoe obozrenie, 2021). Her recent and forthcoming publications include: Ethical vs Ideological in the Literary Discussions in Soviet Ukraine in the 1920s // Historyka. Studia Metodologiczne. 2019. T. 49. Pp. 41–54; “The Avant-Garde and Its Roots: The Poetics of Mykola (Nik) Bazhan”. In: Quiet Spiders of the Hidden Soul: Mykola (Nik) Bazhan’s Early Experimental Poetry, eds. O. Rosenblum, L. Friedman, A. Khyzhnya (Boston: Academic Studies Press, 2020), 14–37; Roman Jakobson and the Development of the Formal Method in Ukraine in the 1920s // Harvard Ukrainian Studies. 2022. Vol. 39. № 3–4 (forthcoming); Ahapii Shamrai in search of synthetic theory of literature: 1920s // Slovo i Chas. 2022. № 2 (forthcoming).

Embracing Modernism: Soviet Ukrainian Literature and Russian Modernist Literary Theory (1920s – the beginning of 1930s)
Gerda Henkel Fellowships
The project reconstructs the history of the literary theory and criticism in Soviet Ukraine in the 1920s and early 1930s in its close connection with the theoretical achievements of Russian formalism. The aim of the research is to demonstrate how the project of radical “modernization” of Ukrainian literature with the help of literary technique was used for the construction of the new national identity in the 1920s. The project deepens our understanding of political, cultural and intellectual history of Soviet Ukraine in the 1920s. On that basis, the cultural-historical and ideological context of the history of Ukrainian literary criticism and literature of the late 19th – first decades of the 20th century is consistently reconstructed. It offers a conceptually new reading of the literary and theoretical material of the 1920s. The success of this project will set a new benchmark in the historical narrative about modern and contemporary Ukraine. The project is based on the unique Ukrainian and Russian archival materials from the 1920s–1930s which are introduced into scientific circulation for the first time.