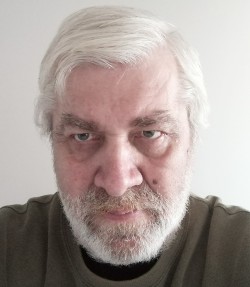 Gheorghe Alexandru Niculescu is a senior researcher at the Vasile Pârvan Institute of Archaeology; educated at the University of Bucharest (1974-1978), Ph.D. in history (2000), archaeological training and research at the aforementioned institute (since 1985); teaches archaeological theory at the University of Bucharest; published research on ancient ethnic phenomena and on the impact of nationalism on archaeological research; published research on the politics of cultural heritage in Romania and its impact on the conservation and visibility of the artifacts; currently working on the global asymmetries of archaeological research and on the properties of typological thinking and its flattening consequences on the perception of the artifacts (preliminary findings presented at conferences held in 2016 and 2017).

Trying to do what we are told: dominated thinking in archaeology

The current state of archaeological thinking in Romania is generated by a conjunction between subjection to the knowledge claims of the state and deference towards local images of scientific excellence produced in Western Europe. The evaluation of the results of our work favors conformity with the requirements imagined or cherished by local political and scientific authorities and does not encourage a confrontation of research goals with the empirical reality of the finds. Making what we do as good as the best international research is imagined only as an outcome of faithfully imitating our betters, being guided by local traditions of reception which do not include critical examinations of what might be worth imitating and do not distinguish between replicating procedures and mimicking results. The limitation of thinking to what is prescribed by authorities has damaging outcomes. Local cooperation is much less frequent than local competition for privileged access to the authority sources and archaeologists rarely go beyond what they perceive to be prestigious understandings, the main way of adding something new to the discipline being the publication of recent and old finds.

The politics we are trained to ignore

The current discussion about the relations between archaeological research and the political field is shaped by imagining sharp distinctions, which place the scientific outside the political, and focus either on preserving disciplinary autonomy or on the political roles archaeology might have. Using historical information and knowledge about how archaeologists do research in Romania, and employing insights offered by Max Weber and more recent sociologists of scientific knowledge, the lecture will explore the many ways in which the political is present in the conduct and results of our research, insisting less on the explicit subordination to politically formulated goals and more on what is not so obvious. Among the topics that will be discussed are the ideology of the discipline and its role in a political system that claims epistemic superiority using, among other means, a privileged relation with scientific knowledge, strategies and tactics of epistemic injustice, the compared distribution of epistemic virtues and vices, the resonance of identity politics, and the political content of some of our most important procedures and concepts.

The ethnicization of the past through tacit understandings and explicit definitions

Archaeological research on ethnic phenomena depends on knowledge about them that does not come from the finds, despite the empiricism favored by most archaeologists. Frequently, our understandings are shaped by common knowledge, which seems obvious and beyond examination. Attempts to replace them with knowledge produced by the social sciences share a lack of interest for showing how archaeologists made their way through different ways of thinking about the social and how what is used was selected as viable and useful from the huge output of the social sciences on matters that are relevant for the understanding of ethnic phenomena. Usually, the main capture is a definition, one that makes sense to archaeologists who do not disclose their reasons for adopting it and tend to ignore both the conditions which made that definition possible and the functions a definition might have in scientific research. Another way of doing this kind of research would be one that starts by inquiring about the relevance of social research for the distant past and by examining in what ways the social entities which populate it are real. These tasks, difficult for any kind of researcher, would be meaningful only for archaeologists with a comprehensive training in the social sciences, but the current difficulties most higher education institutions have in preserving their humanistic research leave little hope that many will engage in this direction. What archaeologists know about the social sciences will probably remain mostly a matter of personal choice and risk.